Disclaimer: I am aware the situation outlined in this article is not unique to one gender or sexuality. However, it is written by, and from the perspective of, a straight woman. Feel free to change pronouns as you read to suit your situation.

I’ve heard the same story more times than I can count. You know the one… Once upon a time, long, long ago, a young man falls in love. She’s beautiful, funny, everything he ever hoped for. But just as he gives his heart away, the woman of his dreams crushes it into a million pieces. And what does the young man do? He vows never to love again and sets out on a quest for a lifetime of cruel games and emotionless sex.

“The story” is much more common than I realized. While doing research for this post, I found countless examples of men telling their own version of an almost identical story. At first, I rolled my eyes. But the more examples I found, the angrier I got for myself and my fellow woman.

Not only is it a ruse to get pity from unsuspecting targets of a deceitful men, it’s also an excuse used to explain away any and all fears of a real relationship. At it’s core, it’s garbage. It’s a bright, flashing sign that the man using “the story” lacks emotional intelligence.

If you’re with someone that feeds you “the story” as an excuse, it’s a huge red flag. Allow me to explain.

Everyone has been hurt at one time or another. We’ve all fallen in love with the wrong person, only to find ourselves wrapped up in a blanket burrito on our best friend’s couch. We’ve all cried ourselves to sleep, more times than we’d like to admit, over someone that didn’t give us a second thought. It’s an unfortunate, unfair part of life, but it’s an experience that’s far from unique to one person.

I used to hear the infamous story and think, “I’m going to show them they have nothing to fear. I’m going to love them better than they ever thought possible.” And I would, but it didn’t matter because people that use their heartbreak story as an excuse to avoid intimacy were never looking for intimacy in the first place.

If you want authentic love, you’ll stop at nothing to get it. Even if you’re terrified, you’ll find a way to push through the fear and soldier on to get what you want. You’ll risk it all to have a chance at something real.

On the other hand, someone that just wants validation, sex, and/or something to fill their time, will give up eventually. At some point, the chase will no longer be fun for them and they will leave. No matter how much you love them, no matter how good you are to them, they will get their fill and go because “they’re a bad, broken person. They don’t know how to love you the way you deserve. They need some time to work on themselves. They’re just too scared to get hurt again.” They will break your heart and blame it on their past heartbreak. You deserve far better than that.

His heartbreak does not justify him breaking your heart. I understand you want to give him the benefit of the doubt. I’ve been that girl more than once. I have been hurt in some really messed up ways. Far more than anyone ever should be. I bet you have, too. Yet, somehow, we manage not to go around punishing others for the sins of our ex’s. It’s almost

“The story” guys tend to be so turned off by insecurities left over from your past traumas, but insist on limiting the relationship based on theirs. Regardless of his past, the right man for you has been hurt and still chooses love. He takes a chance on you without the need for your pity. You are his first and only choice, despite his fears. One day, you’ll meet a man that will not just tell you his heartbreak story. He’ll tell you how he overcame it.

One thought on “They Got Their Heart Broken, But That Doesn’t Mean They Get To Break Yours.” 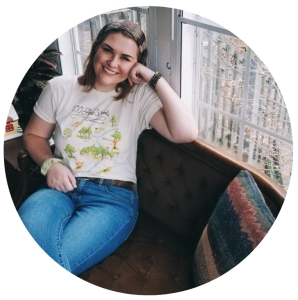